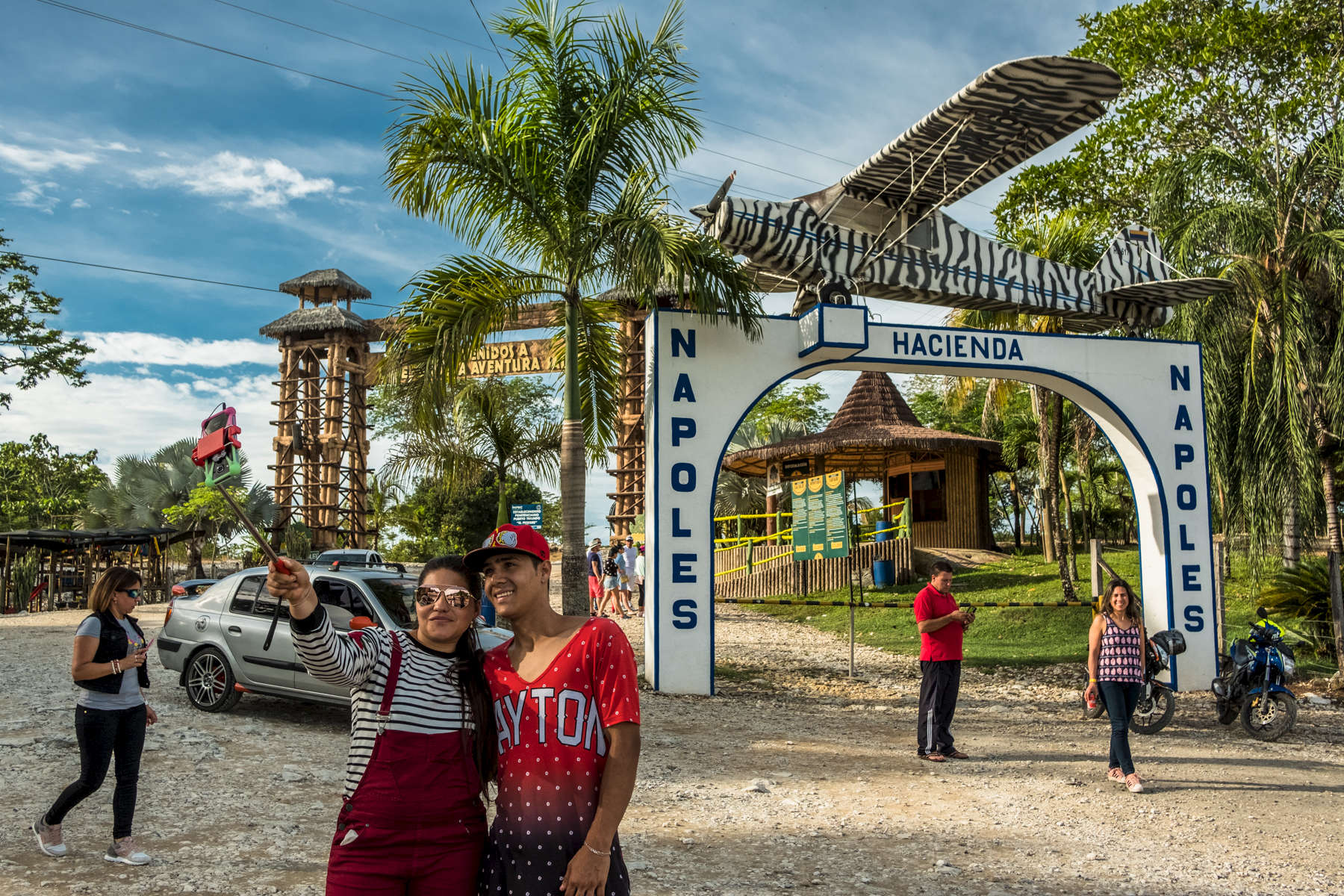 August 19, 2017. Puerto Triunfo, Antioquia, Colombia. Visitors take pictures at the old entrance of the Hacienda Napoles. The airplane on top it has been said to be a replica of the Piper PA-18 airplane which transported Escobar’s first shipment of cocaine to the US. The luxurious 7.7 sq miles was build and owned by Pablo Escobar in the early 80’s. After his death in 1993, the farmed was abandoned and raided. In 2006, the Colombian Government acquired the ownership of the property. In 2014, an African theme park was built. Parque Tematico Hacienda Napoles (57.018000520344, http://www.haciendanapoles.com/contactenos)