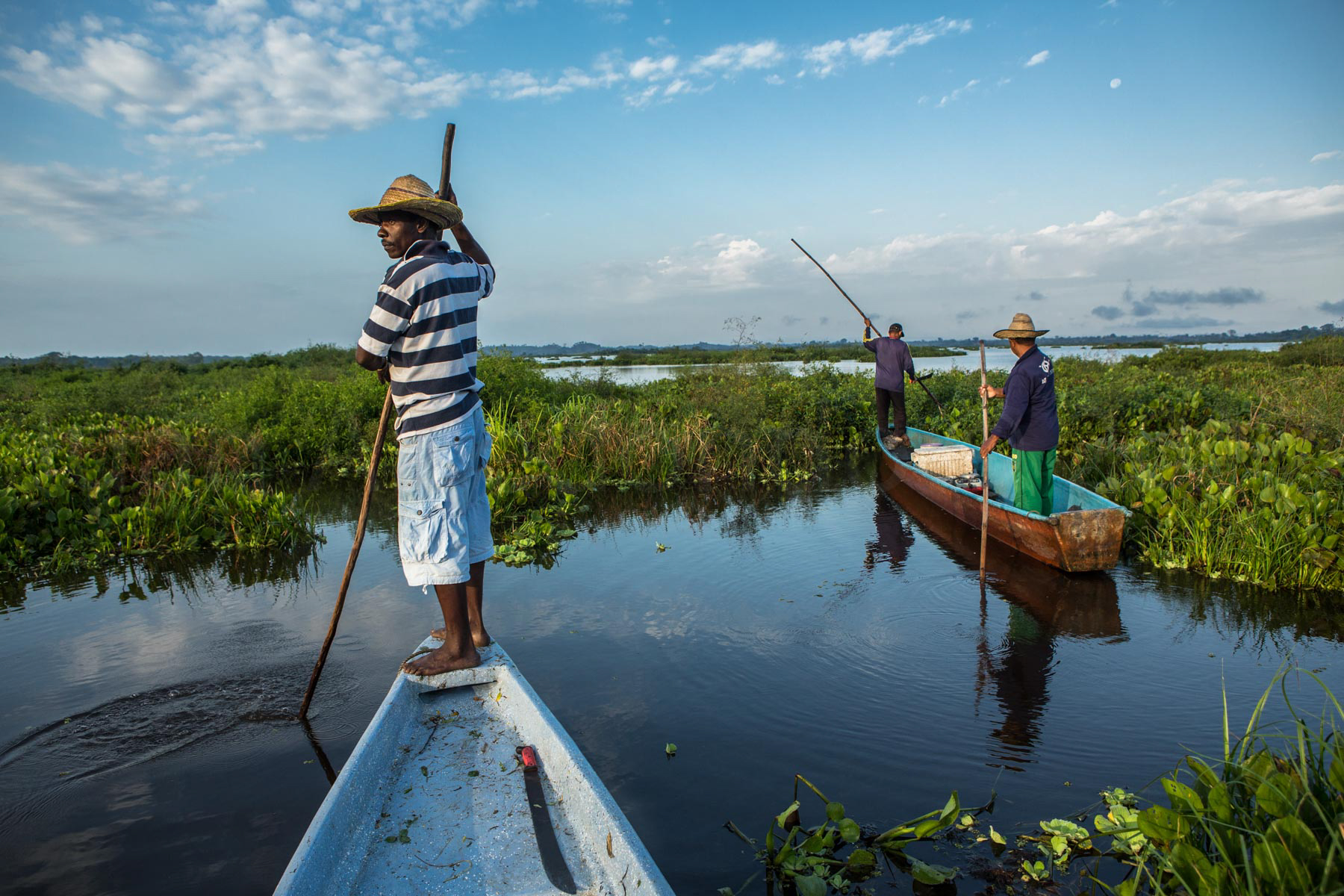 February 13, 2017. Bocas de Barbacoas, Antioquia Colombia. The marshland of Barbacoas contains great natural diversity and is in the process of becoming a Natural Sanctuary with the assistance of The Nature Conservancy among other organizations has helped locals to help preserve the natural diversity of the marshland. The marshland is currently under threat by rampant cattle farms and local fisherman has seen a decline of the native fish that travel from the Marshland up-stream along the Magdalena River. The Magdalena River is the principal river of Colombia, flowing from south to north for 1,528 Km (949 Miles) from the south in Paramo de las Papas to Bocas de Ceniza in the Atlantic. The Magdalena river basin includes 151 tributaries. Its drainage basin covers 27.3 million hectares, which is 24% of the country’s area and where 66% if the population lives.